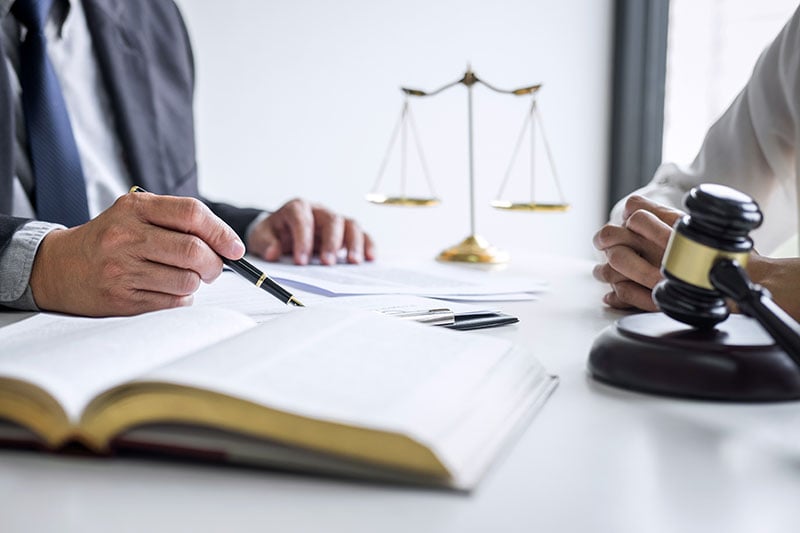 The Federal Rules of Civil Procedure were heavily amended in 2006 to allow for electronically stored information to be discoverable. At the time, popular culture in the legal industry was mostly focused on the intense burden of electronic discovery from different and possibly unknown mediums. The Federal Rules back then reflected just that, providing a direct framework to limit the scope of discovery.

That exact framework is what gave way to these boilerplate discovery objections. The legal world is changing year by year, and courts are ruling more that without ample explanation and specificity by the responding party, these boilerplate objections are essentially just excuses for not meeting discovery requirements.

What is a "General Objection", and Why Should You Avoid Using One?

For example, see Fisher v Forrest, a ruling that came out of a district court in New York. The plaintiff requested over a decade worth of emails, letters, and other content. As stated in the case law, the defendant objects to this request "to the extent that [the request] is overly broad and unduly burdensome". This objection/discovery response alone is not enough to satisfy the modern Rule 34.

Here are a handful of those templated objections that could be used during an interrogatory which may be cause for documents to be protected from disclosure.

4) Repetitive or already in plaintiff's possession custody or control

The committee which amended Rule 34 in 2015 summarized their changes - "Several amendments are made in Rule 34, aimed at reducing the potential to impose unreasonable burdens by objections to discovery requests to produce." Ironically, the rule updates now imply that it is not the requesting party that creates all the burden but the producing party (or objecting party) can also create their share of burden for the other side.

2) Objections to Rule 34 [must] be stated with specificity

Also important to note here is the 2015 Rule changes to Rule 26 B 1. The well-known "reasonably calculated" language has been removed entirely and replaced with the modern proportionality test.

In with the new: "Parties may obtain discovery regarding any nonprivileged matter that is relevant to any party's claim or defense and proportional to the needs of the case"

Discovery typically consists of (1) Interrogatories, (2) Requests for Production of Documents, (3) Requests for Admission.  Interrogatories must obviously be relevant to the subject matter of the action. We can expect now that all responsive and non-privilege ESI is fair game to request. Doug Austin as a guest on the Digital Detectives podcast said it well with respect to the newfound prevalence of audio and video files. "Courts are saying the significance of audio and video evidence outweighs [the burden of] discovery of that evidence." This is just one example of how attorneys and legal teams may have to expand their tech stack and tech proficiency to keep up with the status quo. Also pay attention to specific rules within your local or state court. Depending on the nuances of the case and the unique rules, the court may order document disclosure by the attorney or enforce limits on discovery.

When it comes to objections from the responding party, they will need to be clear in their objections or risk waving them. Fed R. Civ. Rule 33(b)(4) echoes rule 34 in stating that "grounds for objecting to discovery requests within an interrogatory must be stated with specificity. Any ground not stated in a timely objection is waived unless the court, for good cause, excuses the failure."

Courts are trending in the direction of agreeing the discovery is less burdensome and less costly than it ever has been before. All of this plays into how a court will weigh proportionality arguments in each case.

When it comes to the argument "the information sought is overly costly to discover and produce", we've actually had parties use our pricing page to debunk the myth that eDiscovery can't work on a modest budget. Starting at $250 / Month, a DWR Single Matter eDiscovery subscription includes 1 month of training and unlimited email support. The commoditization of eDiscovery prices and the uptick in access to quality training resources are big reasons why the courts are making the shift to compel more discovery of responsive documents.

If high quality, reasonably priced eDiscovery software is of interest to you, schedule a live demo with a Digital WarRoom expert or reach out to us via info@digitalwarroom.com

Digital WarRoom®, also doing business as GGO LLC, spun out of K&L Gates in 2002 as a full service eDiscovery vendor. After managing over 10,000 large matters for hundreds of law firms, corporations, and GCs, we began developing our own eDiscovery software for sale and use by our customers.  In 2012, we began to migrate our business model to a SaaS, subscription eDiscovery Company, noting major trends among eDiscovery vendors in the industry that prices are commoditizing and technology is giving legal professionals the power to deliver discovery services themselves. We’re here to help you meet your legal requirements and as stated in Rule #1 of the FRCP, enable you to provide “Just, Speedy and Inexpensive” eDiscovery.