The Changing Standard of Discovery In Criminal Cases 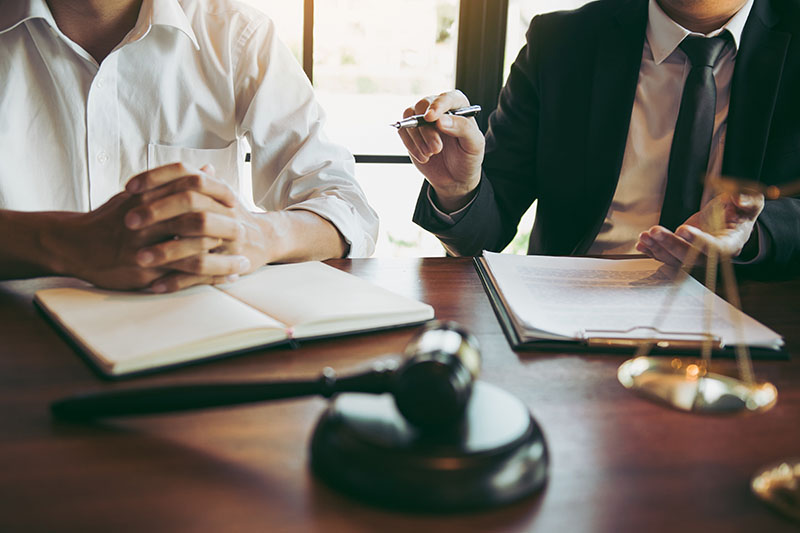 Discussions about electronic discovery have traditionally focused on civil matters because civil cases have historically been more document intensive and thus that discovery process has been more richly nuanced. In addition, when criminal matters do have relevant documents, the discovery standard has been the so-called Brady rule, named after the  landmark Supreme Court ruling Brady v. Maryland (373 U.S. 83 (1963) which held that a prosecutor is only required to share evidence deemed exculpatory of the defendant.

In 2012, eDiscovery expert Craig Ball wrote in a column called Thoughtful Guidelines for E-Discovery in Criminal Cases “… apart from meeting Brady obligations, I think most lawyers regard criminal law as an area where there is no discovery, let alone this new-fangled e-discovery.” More recently, a 2019 article in the New York Times mentioned that defense lawyers often called the Brady approach the “blindfold” law because it kept them in the dark and forced them into plea bargains without any knowledge of precisely what documents the prosecutors had in their possession.

But that standard is changing.

In 2005, Judge Marsha  Pechman of the Western District of Washington had just concluded a white-collar criminal case brought by the government against Kevin Lawrence and his company, Znetix.  That case had nearly 1.5 million scanned electronic documents, at the time an extremely high document volume which caused both logistical and budgetary problems for the Court.

To address these issues, Judge Pechman convened a study group of attorneys comprised of members of the U. S. Defenders Office and the US Attorney in Seattle.   The  group also included Russ Aoki, then a Criminal Justice Act (CJA) Panel attorney and now Coordinating Defense Attorney in complex matters for the Federal Defenders, who had represented Mr. Lawrence. I was privileged to be the only non-case attorney in the group.

The study group wrote a set of best practices policies for large document cases, covering both standard document productions  and non-traditional discovery material such as  wiretap surveillance evidence. These  policies remained  in effect in the Seattle federal court as a local rule for many years before other similar groups began meeting around the country. The eventual result of those meetings was the creation of  a Joint Technology Working Group by the   Director of the Administrative Office of the United States Courts (the supervising agency of the U.S. Defenders Office) and the U.S. Attorney General. In 2012, the JTWG releases it’s own protocol which is still in effect.  of federal criminal practitioners created by

Then last year came the culmination of several years of meetings and discussions on this subject in which Atty Aoki was actively involved: an actual rule change. Effective Dec 1, 2019 Federal Rule of Evidence 16.1  (Pretrial Discovery Conference; Request for Court Action ) was changed to read:

(a) Discovery Conference. No later than 14 days after the arraignment, the attorney for the government and the defendant's attorney must confer and try to agree on a timetable and procedures for pretrial disclosure under Rule 16.

(b) Request for Court Action. After the discovery conference, one or both parties may ask the court to determine or modify the time, place, manner, or other aspects of disclosure to facilitate preparation for trial.

Additionally, the note to the new rule references the 2012 Joint ESI Protocol, the first time that protocol has been referenced in a rule.  At roughly the same time, the Western District of Washington local criminal rules were amended to also reference the Joint Protocol and specifically use the Meet & Confer task checklist from that protocol. This was the first time either the ESI Protocol is referenced and the checklist used in a local rule. As Attorney Aoki told me, “We know because we looked at every local rule in all 94 jurisdictions.”

At the same time, many states are beginning to undertake similar changes to criminal discovery rules. Foremost in that movement has been New York which passed changes which went into effect this month requiring all prosecutorial material to be shared early in the case. For more o the New York changes see the article at https://www.americanbar.org/groups/litigation/publications/litigation-news/top-stories/2019/state-overhauls-criminal-discovery-rules/.

What is driving these changes? More than 90 percent of documents and information created today is generated in electronic format, so data size is exploding. At the same time, the diversity of data types continues to increase as 88 percent of the US population uses the Internet every day and 91 percent of adults use social media regularly.

And even more exotic types of ESI loom in the future of litigation.  In a November 2019 article in Law.com, Judge Andrew Peck (Ret.), of counsel at DLA Piper, noted that  “There are already news reports of Fitbits and pacemakers being looked at in criminal cases to show that the digital data contradicts the defendant’s story of what happened.”  The same article mentions a conversation with Andrew Hessel, president of Humane Genomics, a seed stage company that makes cancer-fighting viruses, in which he discusses data definition of genomic material and the fact that viruses can now be defined so precisely as to allow printing of their data “maps”.

I should note, however, the exception that courts have carved out for material on cell phones. In Riley v. California, 134 S.Ct. 2473 (2014), the US Supreme Court unanimously ruled that police may not search the cell phones of criminal suspects upon arrest without a warrant. In Carpenter v U.S, No. 16-402, 585 U.S. (2018), the court held in a  5-4 decision that the government violates the Fourth Amendment to the United States Constitution by accessing historical records containing the physical locations of cellphones without a search warrant. Both decisions were authored by Chief Justice Roberts.

Both opinions hold that that smartphones and other electronic devices are not in the same category as wallets, briefcases, and vehicles which are subject to a limited initial examination upon arrest. Rather, said Chief Justice Roberts in the Riley opinion, cell phones are “now such a pervasive and insistent part of daily life that the proverbial visitor from Mars might conclude they were an important feature of human anatomy.”

He went on to note that cellphones “are based on technology nearly inconceivable just a few decades ago” when the Court had upheld the search of an arrestee’s pack of cigarettes. Today, he wrote, citizens today have a reasonable expectation of privacy for information on their cell phones noting “Our answer to the question of what police must do before searching a cell phone seized incident to an arrest is accordingly simple — get a warrant.”

Another exception to these developing standards is seizures at the US border.  Entry into the US has long been a separate category as many observers argue the US Constitution cannot apply to non-citizens who are still outside the US.  That discussion is beyond the scope of this article but a good starting point is my blog post on the subject which can be found at https://cloudnine.com/ediscoverydaily/electronic-discovery/understanding-ediscovery-criminal-cases-part-five-ediscovery-best-practices/ .

In addition to pointing out the clear differences between civil and criminal discovery standards, the secondary point of this article is to note that while criminal defense attorneys have a duty to preserve and produce electronically stored information (ESI) just as their civil counterparts do, that most state and federal criminal discovery is statutory, or rule-based.  But constitutional concepts apply in both arenas in order to ensure a fair trial and due process, including the right against self-incrimination and against unreasonable searches and seizures.

For a very good overview of all the issues involved in criminal eDiscovery practice can be found in Criminal Ediscovery: A Pocket Guide for Judges, a 2015 publication of the  Federal Judicial Center. It focuses on a number of issues and in greater detail than we can cover in this post and is an excellent resource. It is authored by Sean Broderick, National Litigation Support Administrator, Administrative Office of the U.S. Courts, Defender Services Office; Donna Lee Elm, Federal Defender Middle District of Florida; Andrew Goldsmith, Associate Deputy Attorney General & National Criminal Discovery Coordinator U.S. Department of Justice; John Haried, Co-Chair, eDiscovery Working Group — EOUSA U.S. Department of Justice and Kirian Raj, Senior Counsel to the Deputy Attorney General U.S. Department of Justice. I highly recommend it.