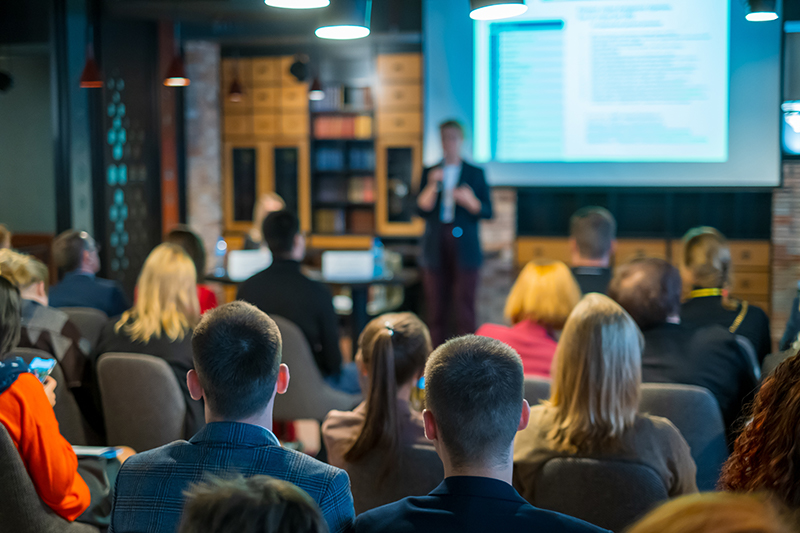 A week ago at this time, I thought I would spend today flying to Gainesville Florida to speak at the 8th Annual University of Florida Levin College of Law E-Discovery Conference. But on Wed March 11th, the Florida University system ordered all of their schools to shut down and by Friday the 13th Professor Bill Hamilton, University of Florida Levin College of Law Skills Professor and Executive Director of the International Center for Automated Information Retrieval at the law school, who leads the conference, was forced to send the following email to all the faculty:

It is with great disappointment that I announce that the e-discovery conference must be postponed.

We will be in touch with you regarding re-scheduling options, and perhaps, webinar options for various panels.

You have all worked very hard and diligently. We had a great conference line-up, wonderful content, exciting events and our best attendee audience ever (with registrations that were still coming in this morning). But health and safety of our speakers and guests are paramount.

We considered holding the conference entirely online, but came to the conclusion that while we have online attendees, our conference was designed to create a buzz, synergy, and collaborative learning environment between students, conference faculty and attendees throughout the sessions and during the breaks, receptions and dinners where everyone can participate, interact, and socialize.

A fully online conference is not the same. We didn't want to run the risk of harming the look and feel of the conference that we, including many of you, have worked so hard to create over the past 8 years and has catapulted us to be one of the top conferences to attend annually.

We greatly appreciate your dedication to the E-Discovery Project at the University of Florida Levin College of Law.

Again, thank you all very much.

I was stunned because, of course, the full range of federal, state and local closures was still several days away and many of us hoped that the US would react far more quickly than other countries to control the spread of the virus. And that even failing that, we might get in under the wire of impending quarantine measures; as Jimmy Buffet wrote, we could “eat the last mango in Paris, take the last plane out of Saigon.” But it was not to be.

That distinction seems to have gone to the Ninth Annual ASU-Arkfeld eDiscovery, Law and Technology Conference, which was held on March 11-12, 2020, literally just as some schools were shutting down.

I asked Mike Arkfeld, a former assistant United States Attorney for the District of Arizona and renowned writer, lecturer and consultant on legal technology, how smoothly things went and he replied (his response has some edits by me for space but not content:

I thought this was one of our better conference years. We did have some speakers cancel, I think seven out of 40, however, those mostly attended through Zoom. Watching several of the panels, that worked out fine.

We had some attendee cancellations. I’m unaware of the final figures on that but it seemed to me based on my opening presentation that about the same number attended as years past.

In addition, Ipro had their annual conference at the same time in our building. We did some joint sessions which were well attended.

We were very careful using social distancing not to shake hands, etc and I think we just made it under the wire, before the cancellations started happening. I think if the conference was this week or next week, it would’ve been canceled.

That is very sad when these conferences get canceled, because the networking is so very valuable for everyone.

Best to you always – Michael

Several speakers I reached out to for feedback also weighed in. Maura Grossman, the well known “Queen of Search” is currently Research Professor and Director of Women in Computer Science in the David R. Cheriton School of Computer Science at the University of Waterloo, an Adjunct Professor at Osgoode Hall Law School of York University, and a faculty affiliate of the Vector Institute. She told me she felt “... there were fewer attendees in person than in the past, but attendees had the option to watch by livestream and some did. Most, but not all, speakers attended. Those who were on travel restrictions participated by Zoom and it worked well.”

One of those speakers was Mark Sidoti, a preeminent practitioner in the field of e-discovery as commercial and products liability litigator and Chair of the E-Discovery Task Force at the Gibbons firm in New York. Mark said that his experience using Zoom from his desk in New York to both moderate and present on panels at the conferences. Mark said that not only did remote participation work smoothly from a technical perspective but that it may actually have saved the conference from cancellation.

Mike Quartararo, Executive Director of ACEDS, attended the concurrent Ipro conference that Mike mentioned. He told me, “Attendance at the Ipro Tech Show was good in my opinion. I did two sessions and a webinar and there were 30+ in each session and 120 in the webinar. So, overall, I’d say the turn-out was good. But remember it’s a small conference and intended as a user conference for Ipro customers ...”

So today the impact is fully underway. As Doug Austin noted in a post on Ediscovery Daily on Tuesday Mar 17th , “ ... social distancing taking hold, schools closing, theme parks closing, college and professional sports leagues closing, Broadway going dark and so much more ...”. That so much more includes the EDRM Summit/Workshop on June 25-26 which has been converted to an “innovative, inter-active virtual conference“ instead of a live-in person event at the Duke University campus, the Sedona Conference Working Groups 9 & 10 Annual Meeting 2020 on March 30 and 32st in Phoenix, and the postponement of all ILTA in-person events through April 30.

For an update listings of cancelled legal conference see the list compiled by Rob Robinson of Complex Discovery. And for a great overview of using Zoom to run those remote conferences or meetings, be sure to check out the Zoom “cheat sheet” post by our old friend Craig Ball.

So maybe teleconferencing will be the new normal. Instead of receptions and dinners we’ll see more of what Maura observed at the ASU/Arkfeld conference as “... a fair amount of hand sanitizer and some social distancing, like elbow knocks instead of handshakes...” but no “... serious impact on the quality of the conference, if at all. “

Maura noted that ASU/Arkfeld “.... made it in before the dominoes started to fall and conferences began to shut down.” But remember, eDiscovery continues whether your desk, or your conference, is in the office or at home.