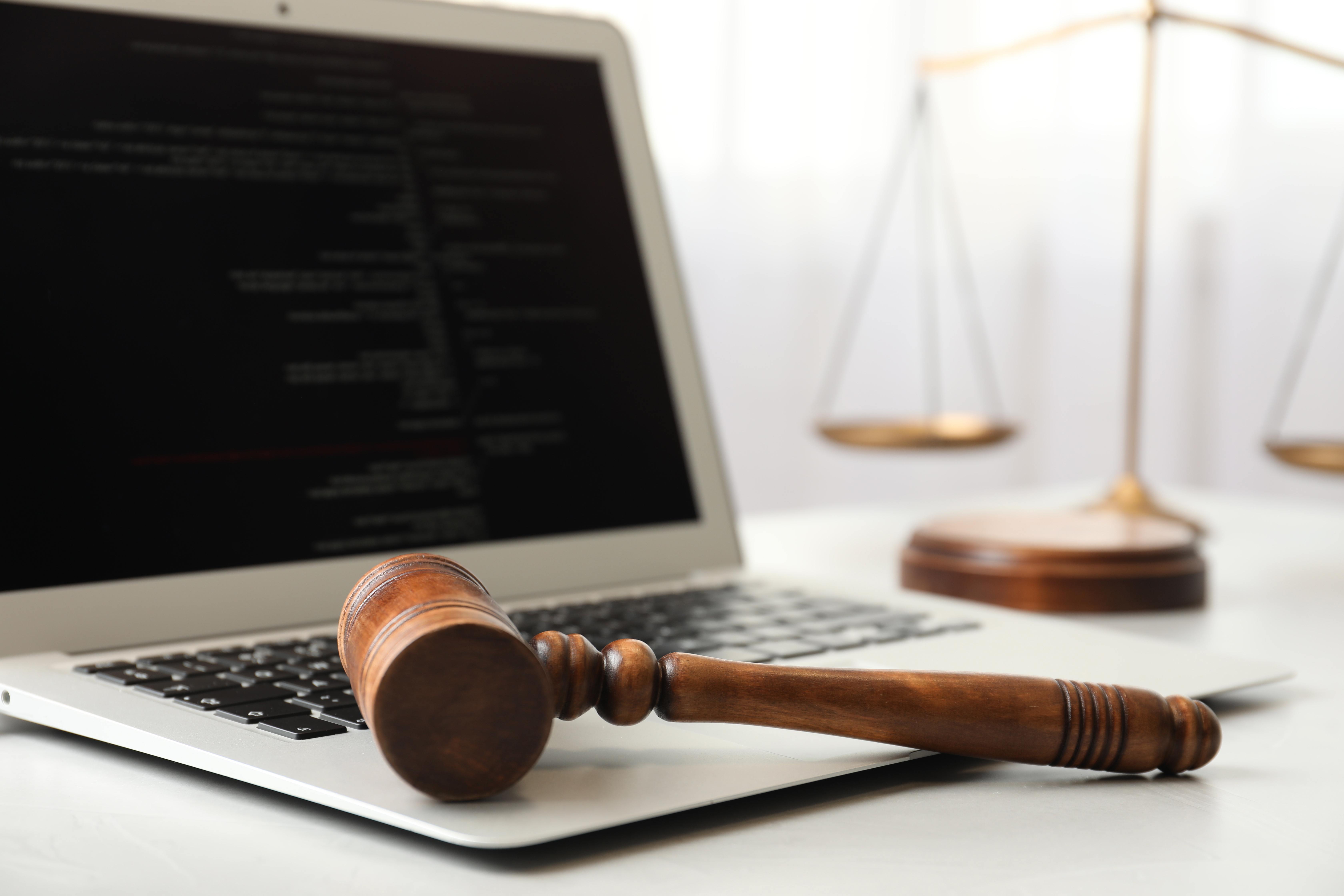 The Southern District of New York finds itself once again in the forefront of judicial interpretation of technology and the law. This time the discussion revolves around attachments to emails in a discovery production. As US Magistrate Judge Katharine H. Parker phrased it in her opinion of March 11, 2021.

“The issues raised by Plaintiffs raise complex questions about what constitutes reasonable search and collection methods in 2021—when older forms of communicating via emails and documents with attachments and footnotes or endnotes are replaced by emails and documents containing hyperlinks to other documents, video, audio, or picture files. It also highlights the changing nature of how documents are stored and should be collected.” Nichols et al. v. Noom, Inc., no. 20-cv-3677 (Mar. 11, 2021) at page 3.

Specifically, Judge Parker stated that “…the Court does not agree that a hyperlinked document is an attachment.” Why? Because

“While the Court appreciates that hyperlinked internal documents could be akin to attachments, this is not necessarily so. When a person creates a document or email with attachments, the person is providing the attachment as a necessary part of the communication. When a person creates a document or email with a hyperlink, the hyperlinked document/information may or may not be necessary to the communication. For example, a legal memorandum might have hyperlinks to cases cited therein. The Court does not consider the hyperlinked cases to be attachments. A document also may contain a hyperlink to another portion of the same document. That also is not an attachment. A document might have a hyperlink shortcut to a SharePoint folder. The whole folder would not be an attachment. These are just examples.” Noom id at page 8.

Yes, they are examples but unfortunately not very good ones. The Court by its own admission says ,“When a person creates a document or email with a hyperlink, the hyperlinked document/information may or may not be necessary to the communication.” In this case we are talking about emails that have been preserved in a litigation hold and then produced in litigation. Are we to assume the hyperlinked documents are somehow not related to the email which itself was considered relevant?

Imagine, if you will, that Boris Badenov, VP of Sales for the Acme Spyware Company, sends an internal email to Natasha Fatale, VP of Human Resources for the same company. The email says, “Natasha, take a look at this internal memo to my sales team for Q3. That old guy in the S’East sector is 25% below all my other sales reps and I let him know in the memo that old timers are nothing but dead wood and he better get up to speed or I’ll fire him like I’ve fired every other dead wood grey hair over the age of 60 in my unit.” The memo is “attached” via a hyperlink to Acme’s One Drive storage network.

Natasha replies by saying, “Boris, I agree. Take a look at my report on all the people over 60 we have let go in the past 5 years.” That report is also “attached” via a link to OneDrive.

A year later, these emails were preserved in a litigation hold pursuant to an age and sex discrimination lawsuit filed by several former employees of Acme. A year after that they were produced in the litigation.

Is anyone going to contend that the documents referenced in the hyperlinks should not also have been preserved and produced? These are not hyperlinks to cases or another part of the same document as cited by Judge Parker in her opinion. They are the modern version of attachments and deserve to be preserved and produced. Especially if that type of transmittal is the normal course of business communications inside of ACME.

Given that fact, isn’t the controlling rule here not the Sedona Commentary quoted by Judge Parker but, rather FRCP 34 (b)(2) (E) (i) and (ii), which say

(i) A party must produce documents as they are kept in the usual course of business or must organize and label them to correspond to the categories in the request;

(ii) If a request does not specify a form for producing electronically stored information, a party must produce it in a form or forms in which it is ordinarily maintained or in a reasonably usable form or forms;

And this is where things get interesting. The Defendant said they are producing the documents separately from the emails and the court found that acceptable.

Is this “reasonably useful” or is it, rather, more similar to the famous Craig Ball example of a producing party taking paper files from a filing cabinet, throwing them all down a stairway, then scooping them and depositing them in boxes and giving their opponent the boxes saying “here’s your documents”?

Granted this is a somewhat better situation. More akin to taking your email documents and your HR documents, putting them in separate boxes in their proper order and giving them to you saying “everything is here, you just have to figure out which documents go with which emails.”

The real problem was, according to Judge Parker, that “At this point it is entirely speculative how many underlying hyperlinked documents are relevant and material to this case. While it may be true that Noom employees frequently create documents with hyperlinks to other internal Noom documents, it is not at all clear that Plaintiffs cannot identify the underlying hyperlinked documents or the quantity that are even material to this action.” Noom, Judge Parker opinion, page 8

Indeed, both Judges found that the Plaintiffs had failed to define any difference between hyperlinked documents and attachments and had not made any showing of specific documents that were missing or not made available. I think that argument may illustrate poor pleading but does not negate the ability of the Court to more accurately define the problem.

And allowing the Defense argument regarding proportionality, which said, in essence, “we gave you a big box with everything in it. To go look for specifics is burdensome and expensive” is inaccurate as well. If it’s too expensive and time consuming for the Defense to do with their own documents and their own staff, how will it be easier for the Plaintiffs?

The simple fact is that the producing parties have obligation to preserve and eventually produce relevant documents and they chose the system they want to use accomplish that. Not all systems have the same limitations claimed to exist here with Google Vault.

Microsoft 365 has a litigation hold feature in their Advanced eDiscovery module and when you use that feature in the Security & Compliance Center you can check a box to add document links in emails to the preservation. NetDocs allows you to send emails with links as well. There are still bumps in that road, however. The Microsoft link has no termination date, but it only grabs the most recent version of the document. The NetDocs feature will allow you to send all versions of the document but the expiration default is 30 days.

The point is that making a link is possible, even relatively easy. Even in Google. Craig Ball discussed this issue and proposed several DIY solutions in a discussion he had with Doug Austin more than a year ago. See https://ediscoverytoday.com/2020/11/16/craig-ball-also-weighs-in-on-links-to-files-in-emails-ediscovery-best-practices/.

In a more recent post on Mar. 25, Craig discussed two other problems with links in emails, (1) What if the link is broken by the passage of time? and (2) What if the content of the target has changed since the time it was linked? For a more detailed discussion, see https://craigball.net/2021/03/25/can-a-producing-party-refuse-to-produce-linked-attachments-to-e-mail/

To my mind, the biggest hurdle faced by the Plaintiffs, and one they failed to resolve, was one I mentioned above - the pleadings. As succinctly stated by Judge Schofield in referring to the Order from Judge Parker, “The Order found that Plaintiffs had not shown that all or even a majority of the hyperlinked documents are material to the litigation.” (Schofield opinion, page 3). Further, she noted, Judge Parker had found that the Defense had agreed to “…. produce or identify, at Plaintiffs’ request, internal hyperlinked documents that were referenced in key documents, but that Plaintiffs could not locate in the separate production.” (Schofield opinion, page 1)

That simple assertion, accompanied by a showing of three or four examples of unavailable linked documents that were relevant, may have changed the entire frame of the discussion and, ultimately, the decision. Instead, according to Judge Parker, “ … there has been no showing by Plaintiffs that they actually need to link to or even care about all of the hyperlinked documents.” (Parker opinion, page 8.)

The proportionality argument was, to my mind, simply not valid. The problem of linking is not major, does not require an enormous expenditure of time or money and is, in fact, already accomplished by other vendors. I think the effort fails on Rule 34 grounds first and foremost. Likewise, all of this would have been avoided with a technically adroit discussion at the meet and confer.

So to return to the issue raised at the onset of this article, this case “ … is more than just a dispute over hyperlinks. It goes to a more fundamental question: Will courts enforce a status-quo approach to eDiscovery that emerged decades ago, to force novel communications methods to conform with prior models? Or will they allow approaches to collection, review, and production to evolve alongside our ever-shifting ways of communicating? “

Here, the court chose the former.